Months prior to venturing out to the Pacific Ocean for tuna, there was a consistent buildup of anticipation. As each day passed, more and more details emerged about how to cross the bar and what to expect. It’s actually unbelievable the amount of details you need to know to ensure a safe bar crossing. Not only do you need to know the weather forecast and timing of the tide, but you’ve got to know the swell direction, make sure your boat is properly loaded, continuously watch your speed, know where the submerged jetty is, don’t go east of the green piling marker #7, stay north of red can #8, know the bar reports,  know where the rough bar lights are, use the buoy reports, and so forth. The combination of information and factors ultimately contribute to a safe bar crossing. Crossing the Grays Harbor Bar is intimidating, but it’s also the least dangerous bar to cross in WA. Take Buoy 10 for example, which is at the mouth of the Columbia River. There’s a handful of YouTube videos out there exploiting how dangerous this bar is. Thanks to ingesting plenty of research, our bar crossing was successful each time.

Pacific Albacore Tuna (also known as; Germon, Tombo, and Longfinned tuna) have torpedo shaped bodies, elongated pectoral fins and smooth skin. Their color is a pallet of metallic, dark blue, white and silver. They are found in warm temperate and tropical waters and a boat ride to the Atlantic or Indian Ocean is out of the question, so the Pacific Ocean it is! The albacore tuna can weigh between 12 and 35 pounds and grow up to 47 inches long. Once you hook a tuna, you’ll hook another and another until you run out of fishing poles! This is because albacore tuna like to travel in schools. Also, schools of tuna are similar in size. Albacore begin their ocean journey when they’re between 2 and 4 years old. They leave the waters of Japan in spring and early summer at speeds beyond 50 mph and make their way to the waters of the Pacific coast by late summer where they simmer down during the fall and winter.

Before leaving the bungalow, that offered a gorgeous view of South Bay and Westport at sunrise and sunset, I made sure to gobble down some Dramamine. And it certainly paid off! Given the two possibilities of the bar being either flat or rough, we crossed a rough bar on the first day. Once across the bar, we stayed fairly close to shore to fish for some lingcod – also known as buffalo cod! The swells were so brutal. The wind waves plus the height of the swell definitely exceeded the time in seconds. The marine forecast was definitely off a tad. It didn’t take long for us to turn around and fish between the Ocean Shores Sewage Treatment Plant and Westport Jetty, but unfortunately we came up empty handed. I had too much excitement for one day and was ready for some much needed R&R. Bungalow, here we come!

The next day found us, there was no escaping the adventure that was awaiting us. It was time to venture out into the Pacific Ocean! I had my Mustang Survival Deluxe Manual Inflatable PFD tightly secured to my body, the ACR GlobalFix V4 marine distress EPIRB was tightly secured to the boat, and the GoPro was securely mounted at the bow of the boat to document every minute of our audacious adventure out into the deep sea. Heading out to our fishing spot wasn’t that bad. Granted, we did face steep swells, as if we were climbing vertical walls of water. With the bow pointing to the sky, we’d soon be descending straight back down the other side of the swell. It was like riding a roller coaster and I couldn’t help but think about the movie, A Perfect Storm. The rollers were long and smooth. There were zero breaking waves and no broaching, thank God because the day prior, we had seen plenty of breakers chasing us down.

As the sight of land dissipated with each mile west we traveled, it wasn’t long until an overbearing feeling of alone sank in. The skies above were gloomy and gray. Almost two hours later, talk about a surreal experience to be 55 miles from shore in the Pacific Ocean. The water was nearly 70 degrees and is nothing like the water near shore or in the Puget Sound. The water throughout our fishing grounds was a gorgeous deep blue which complimented the blue skies. Every now and then, we’d see another fishing boat. “We’re not alone!” I had celebrated a little inside. Once we started trolling, all four lines were in the water and the wait begun. It wasn’t long before a tuna was hooked, fish on! Then two! Then three! We ran out of hands to reel in all the tuna! “Who’s going to grab the net?” I heard. We all laughed. The boat was flooded with a frenzy of excitement! While I was netting one anglers tuna, another angler was straining against their arced trolling rod and the third tuna was still on the line with the pole in its holder. SNAP! I looked over to see the fishing pole get pulled into the ocean. The tuna, pole and entire setup was gone! All that was left was about 6 inches of handle.

Reeling in a tuna does not compare to reeling in a salmon, they put up a different and superior fight for their size. And when a albacore tuna hits your jig, there’s no other strike that can compare. After another round of juggling rods, tuna and a net, we had the incurable tuna fever and dropped our lines in the water for the last time. Once again, one tuna strikes, fish on! Within seconds, all four poles had a tuna hooked. Thankfully this time I hit record on the GoPro to document our struggles that was just shy of a shit show. Once we had 5 tuna in the boat and realized we had about two hours until we were back to shore, we decided to call it a day. Heading back to shore we saw porpoises and an ocean sunfish. The skies were still beautiful and blue. It wasn’t long before we could see a small glimpse of land and windmills in the distance. I could finally breathe with ease again.

A handful of folks approached me telling me how they’ve always wanted to fish for tuna. The were envious of the experience I got to enjoy. This fishing trip was definitely one I have crossed off my bucket list. Believe it or not, I’m looking forward to our next tuna trip. If you’re planning on going tuna fishing, make sure you are well prepared. Your boat needs to be in tip top shape, you need all the safety gear for each angler and your boat, you need to know everything there is about crossing the bar and when to travel across the ocean. The time to prepare is priceless.

The ocean is truly surreal and offers an adventure of a lifetime. 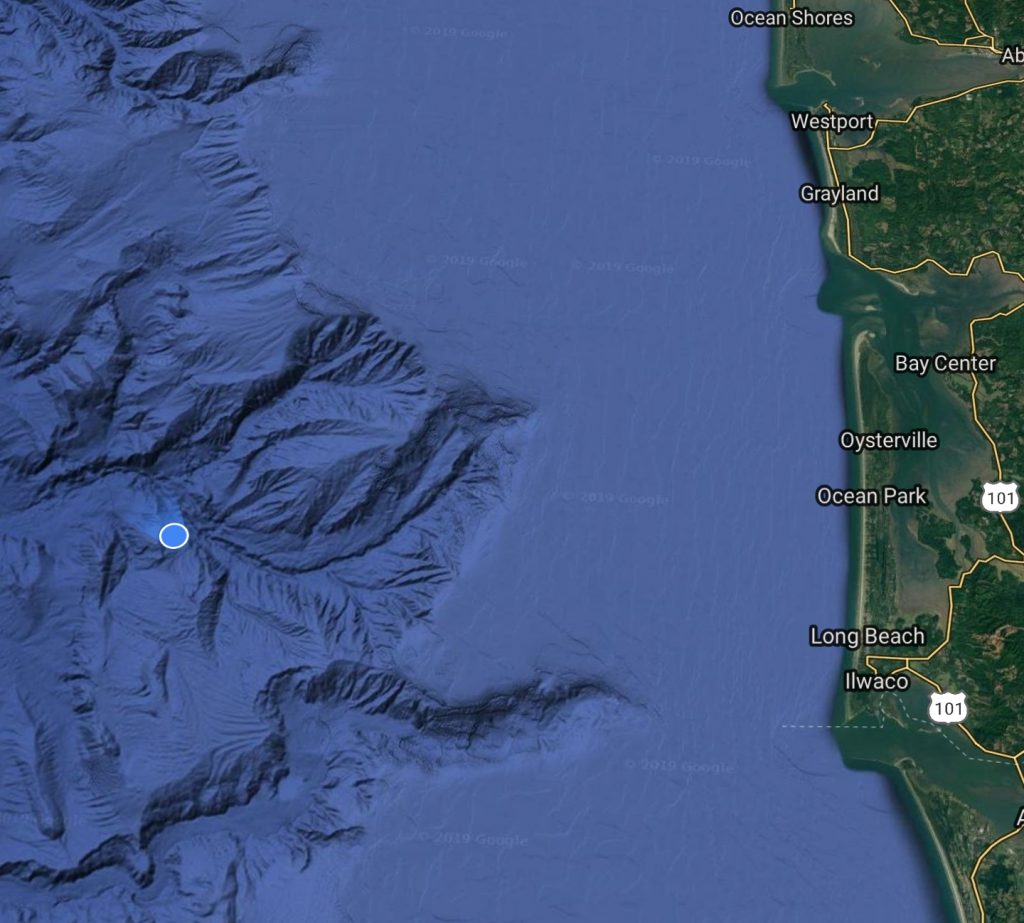