The alarm went off promptly at 2am. Luckily the hour drive to the boat launch gave me enough time to perk up for what was in store. The sky was still dark as could be when we​ arrived. ​Pulling up next to a truck​ with their boat still on the trailer, the not so eager fishermen​ were waiting out the 30 kt winds before heading out​ to the Strait of Juan de Fuca. We decided to launch before the wave of enthusiasts poured in​ to the boat ramp for opening day of halibut​.

With the boat in the water by 4:30am, we tied up to a floating dock near the launch awaiting daylight​ and calmer winds​. Around 5:20am we saw North Whidbey Fire and Swinomish Tribal Police responders arrive at the boat launch. Before we knew it, the police boats were in the water, speeding towards Deception Pass. As we decided to head towards the Straits, we noticed the police were not allowing anymore people to launch their boats. Getting closer to Deception Pass Bridge, three fishing boats were heading toward back to Cornet Bay. In the distance, at the mouth of the Straits, we could see the Coast Guard. In our minds we thought the waters were so rough that emergency responders were not allowing boats to attempt the waters out to the Straits and were having them turn around.

We weren’t being stopped and other boats were attempting the voyage out to the Straits alongside us, so we decided to continue onward. The series of mechanical waves we encountered cannot compare to any of the roller coasters I’ve been on. Mother nature is a beast of her own. 6 to 8 foot swells were breaking and hurling water over the bow as we’d barrel our way over through them. The waters were too fierce, so we decided to turn around and tuck in near the shore between West Point and Gun Point. While watching the swells, one after another and other fishing boats making the same attempt, we heard over the radio the Coast Guard was looking for a capsized boat. The search was called off because the report was “unfounded”. Well that’s odd, we thought to ourselves. If a report came in about a capsized boat, what qualifies to call off a search? Heading back to Cornet Bay with the emergency responders, we loaded up the boat and made our way back home. We would try again the next day.

To read more about the capsized boat and what happened this morning when a man lost his life, please read my story, A Tragedy at Sea.

What a difference of weather for our next day’s adventures. We were surrounded by blue skies and calm waters. The boat ride out to the Straits was so beautiful. Going underneath the Deception Pass Bridge was absolutely breathtaking. I had never been underneath Deception Pass Bridge while in the water, only underneath while on the Pacific NW Trail to visit Macs Cove’s beach. Bridges are so fascinating and the structure has always intrigued me. They’re artistic in a way. As we went through the Northwest Pass, around Deception Island towards our fishing bank, porpoise were swimming alongside the boat. I love being out in the open waters and enjoying nature’s greatest gifts.

Anchored within a mile or two of the Canada and United States border, we fished our tails off in hopes of catching the elusive Pacific halibut and what some refer to at the boat ramp as a mythical sea creature. Fishing in the Strait of Juan de Fuca, where other halibut anglers cast their lines, we may actually have a shot at catching a big one! Unfortunately, we didn’t have any luck this season. Did we not time our fishing trip right? Were we not using the right fishing skills and techniques? Well, I tell you what! I jigged my heart out! Jigging is the most effective and simplest halibut fishing method you can adopt. We had plenty of dramatic action, pounding the bottom trying to lure them in, but it didn’t help.

As I’ve been told many times, it’s not called “catching” for a reason, that’s why they call it “fishing”. Each fishing trip is an adventure and it’s OK if you don’t catch a 15 to 50 pound halibut to wrap in bacon and enjoy afterwards for dinner. Fishing trips give you the opportunity to learn new techniques and skills, experience nature’s greatest wonders, and enjoy the company of those around you. I look forward to next season and possibly having the opportunity to gobble down some bacon wrapped halibut. Fingers crossed! 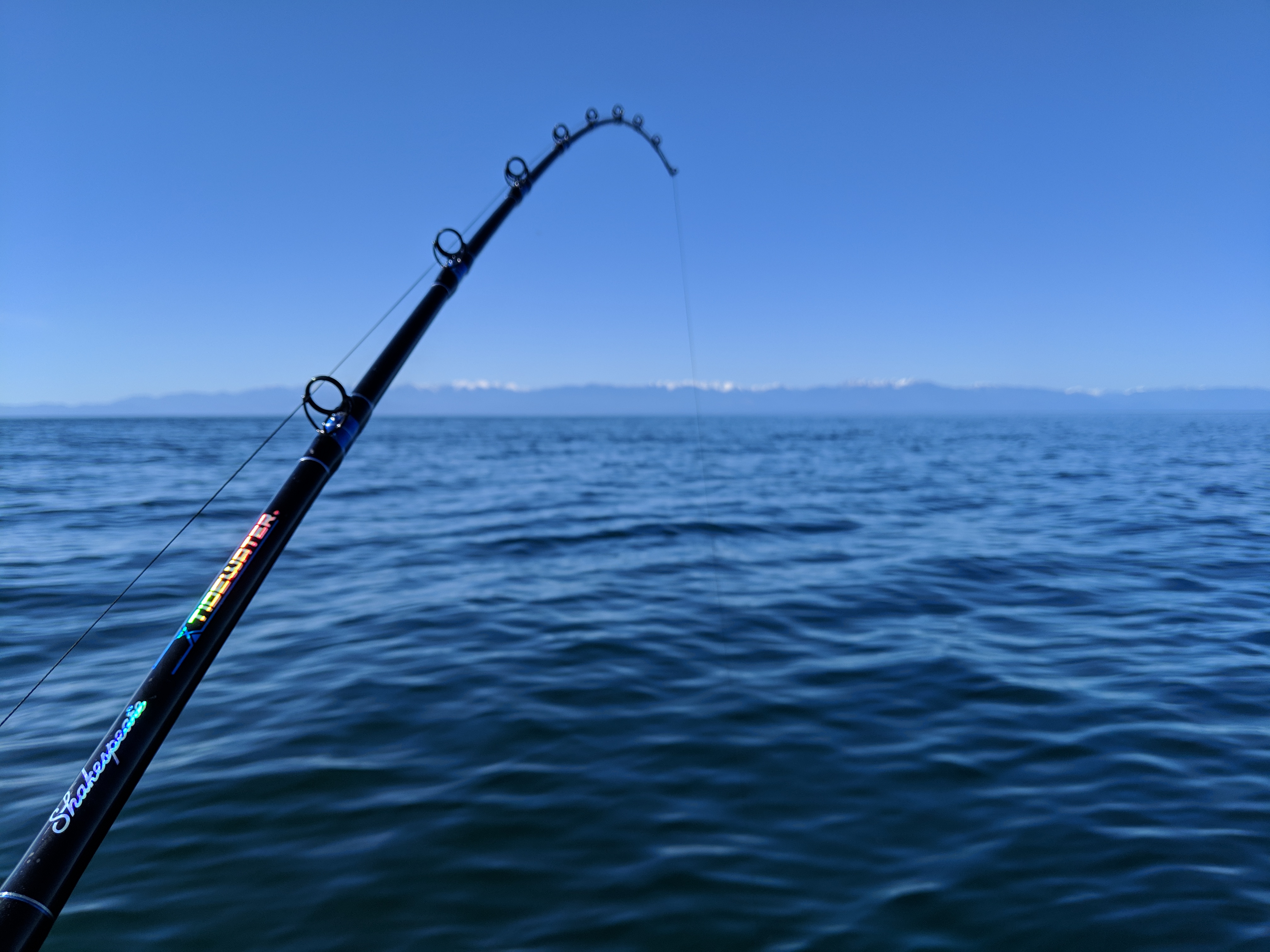