With our gear and retriever loaded in the truck, we were ready to head to our hunting destination. Arriving at the Skagit Wildlife Area, seeing photographers was as common as seeing the waterfowl. Hopping out of the truck, it was time to get our gear on. Thank goodness for my SuperMag 1600 gram chest waders, because The Skagit River was chilly! Snaking our way down the river to the 190 acre tidal marsh on Fir Island, I couldn’t help capturing photos of the sunrise. Gracefully flopping out of the duck boat, it was time to shut the motor off and walk the channel to our secret spot.

The tide still had to come in a little more until we could nestle up to the fallen timber. It wasn’t too long though until we were able to toss out some decoys and anchor the boat. Blind was up, shotguns were loaded, retriever was alert and on the prowl. In the middle of the bay, we could see hundreds of ducks preening themselves, enjoying the calm water and beautiful weather. The decoys were spread out, offering enough space for unsuspecting waterfowl to land and giving us the perfect distance to get a good shot at them. 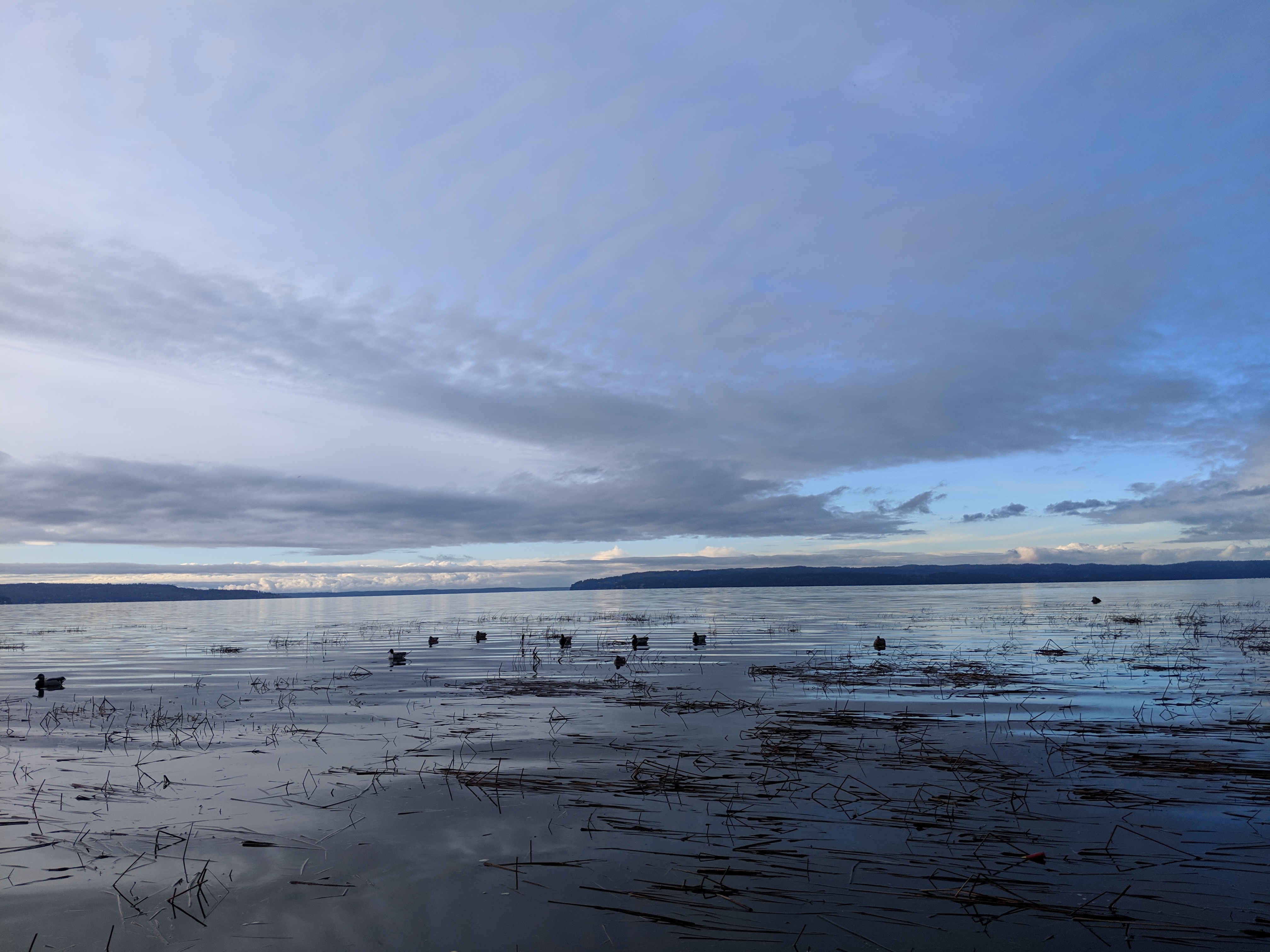 Within moments of setting up, we realized the team of ducks were drifting our direction. How amazing would it be if the ducks floated right into our decoys, giving us the opportunity to take down multiple ducks in one wave. Camouflaged head to toe, we waited in silence. They floated closer and closer. A small paddling entered the outer border where the decoys were resting. Taking a shot at the group now would only scare the several hundred ducks behind it. We waited for a better opportunity. A larger team floated away from the main group to the north, but in time floated right back in front of us. This was it. We opened fired. All three shells were shot from each of our shotguns. Six were down, three wounded and three dead. Retriever was in the water and the chase was on! Releasing the anchors, the motor was fired up. I loaded three more shells into my shotgun. By the time we got to the first wounded duck, a bald eagle was circling our second wounded duck, but thankfully he was not persistent.

After rounding up all the ducks, we anchored the boat again. Talk about exciting and fast paced! We re-situated ourselves and prepared for the next wave. It didn’t take long for ducks to appear to the east and west of us. The chase was on once again! We counted up our total, ten ducks successfully hunted. Since the weather was nice, that meant there were lazy ducks in the area. Right behind us in the fields. Since it had been awhile since seeing any waves, we called it.

Being able to go out duck hunting again and being a hunter for the first time was super exciting and rewarding. In comparison to deer hunting, duck hunting is so much more fast paced! When the action hits, its on! Rounding up the wounded ducks will take some time getting used to. And dressing a duck versus dressing a deer, definitely doesn’t take as long, haha! Lets just say, I can’t wait to go duck hunting again and experience yet another one of a kind adventure.